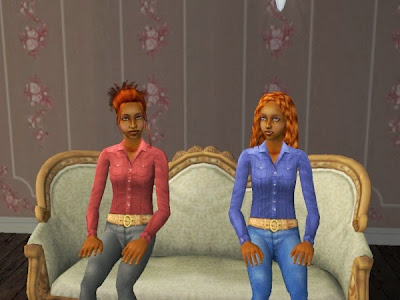 Rishell and Veronica are 42. 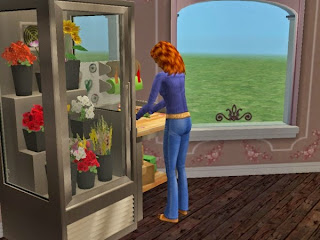 Every now and then something happens that makes me feel old. Like when my twin sister actually slows down enough to have a hobby. She was doing pottery for a while and then branched out--no pun intended!--to flower arranging. 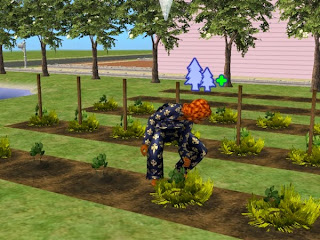 She also gardens now. Though she gardens while wearing silk pajamas, so maybe I shouldn't despair of her ever acting too old. 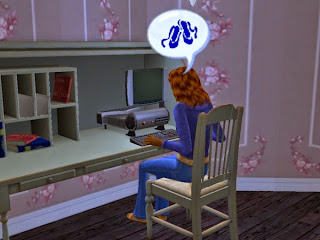 Oh, and she still has that boyfriend. The boyfriend who is very obviously living with another woman and their small children. I had hoped they would drift apart when she changed jobs so that they no longer work together, but no such luck. 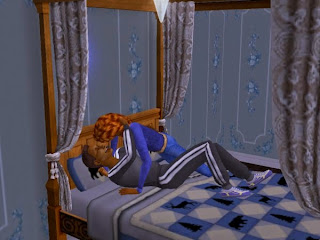 At least they confine their "boxing practice" to the spare room so I'm not forever changing the sheets on our bed. 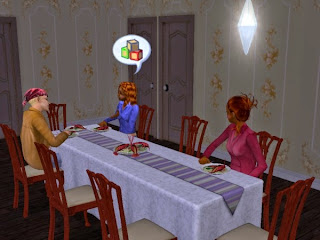 When Ronnie wants to be mean she says I'm trying to act like Mom, but really she's just as bad as I am with the interfering. We had our friend Ryker over with his girlfriend the other day and Jackie took a second to freshen up in the bathroom so Veronica asked when they were going to hurry up and have kids. (Ryker just laughed.) 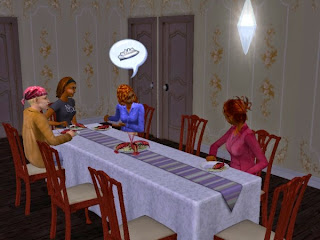 Then as soon as Jackie came back, she switched the topic to asking if they planned to go anywhere on vacation this year. Sneaky thing. 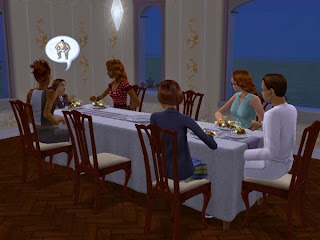 The funniest part is that Ronnie says I'm acting like Mom when she's trying to be nice, too. Like when she complemented me for implementing a schedule of having our brothers and their families over for dinner. I figure that it's about time to get to know all our nieces and nephews now that most of them are getting to the age where they're thinking about college. I bet we could help them earn scholarships and things.

We had Donte and his girls over just the other night. Little Shelley is so bright--she's doing a report on the Far East for her geography class at school and was asking if Veronica and I would be willing to be interviewed for it. 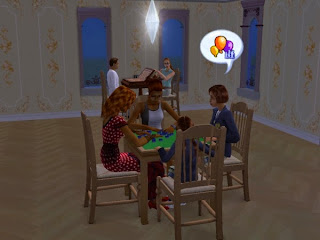 Emmy's great too. I know Donte worries about her--she's getting a bit boy crazy--but even she talks about how nice it is to have everybody together. She thinks we should have a big family reunion sometime, and I'm inclined to agree.

- I realized after I started writing this that Rishell narrated last time as well. Remind me to let Veronica say her piece next round...in, you know, two years or so real time.

- Rishell, meanwhile, became Chief of Staff, which was a LTW as well. Now she wants to be an architect, but I'm getting bored of Sims constantly career-hopping.
Posted by The Sojourner at 3:36 PM 2 comments: