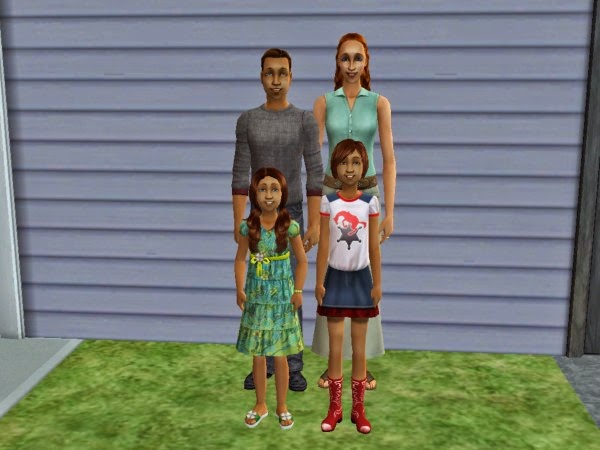 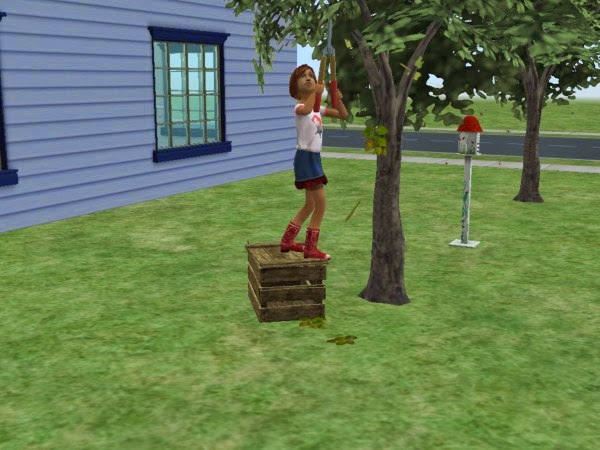 You guys would legitimately not believe how sickeningly cute and boring my life is. 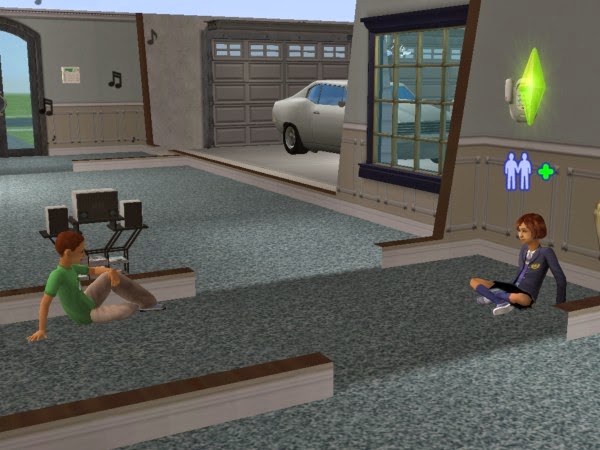 I mean, I hang out with the neighborhood kids... 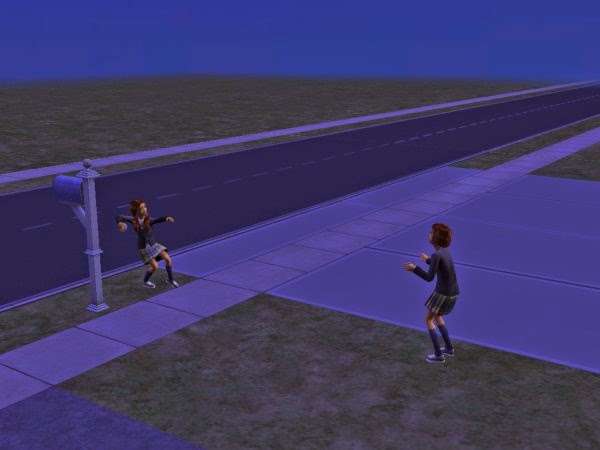 I play with my sister... 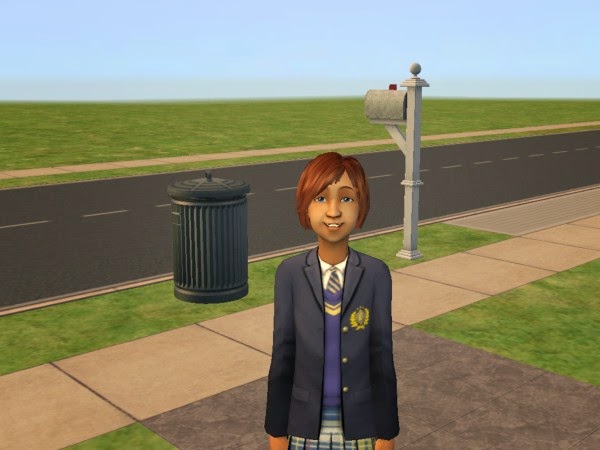 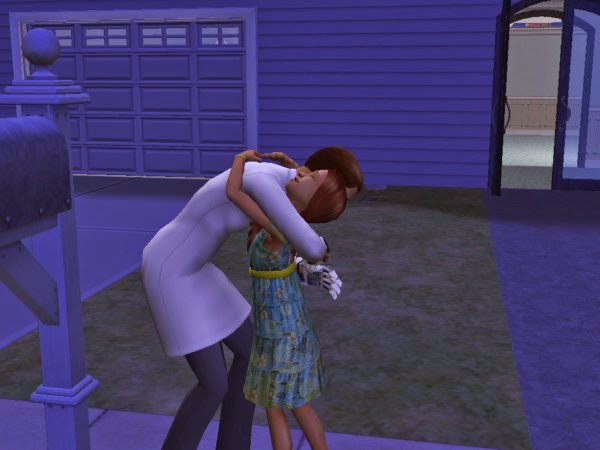 I think even my dad is bored sometimes--at any rate, he keeps switching jobs. He was a scientist a few years ago, but now he's a chef, and I think that's his fourth or fifth career. I think Mom's on her third. She's a doctor now, and before that she was a teacher, and when I was a baby I think she did something else but I don't remember what that was. 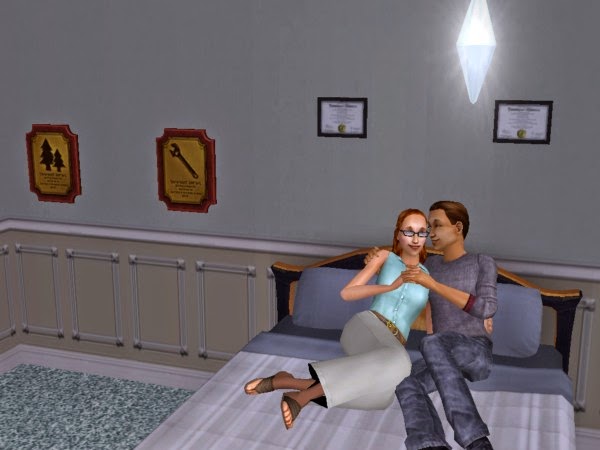 They're not bored with each other, though. When they're not at work they have their little hobbies they do together and they talk to each other and I seriously have no idea what they still have to talk about after twenty-something years. 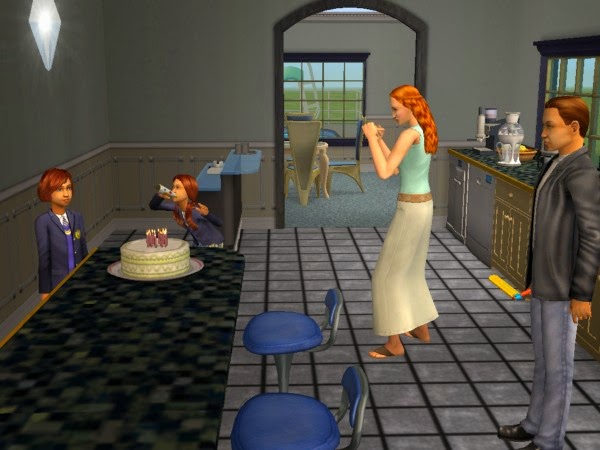 The only really exciting thing is that I finally became a teenager. 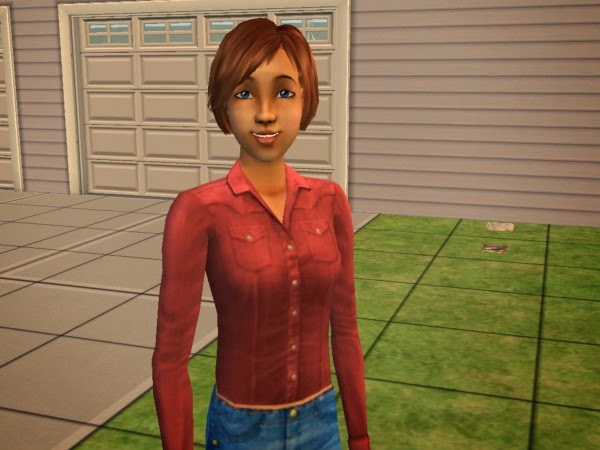 Mom took me shopping for new clothes and helped me learn to use makeup, though she rations the stuff out something awful. What's the point of wearing makeup if it's so "natural" and "subtle" that nobody can tell? 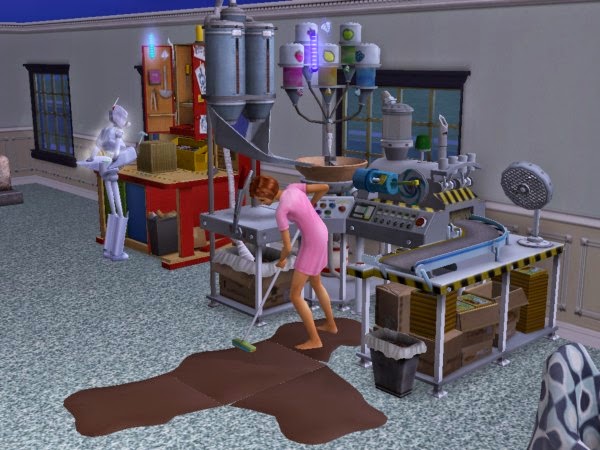 Well, I guess there was also the time I broke Dad's new candy machine, but that was not so much "exciting" as "new carpet coming out of your allowance." Good thing I have a big allowance!

1. I played this household in April of 2013. I'm really just churning out these updates so I can move on to actual recent stuff. All my notes say is that Gretchen became Education Minister at some point this round, rolled the LTW to become Chief of Staff, and got a job as a surgeon.

2. Emerson is Romance with the LTW to have 20 Loves. Ugh. She's turned on by formalwear and cleaning skill but turned off by cooking skill. I guess she wants somebody who will clean up nice, put on a suit, and take her out to a fancy restaurant!

3. You might notice that the names up top don't have links to profiles. That's because my toddler apparently decided his New Year's resolution involved staying up until 1 a.m. and/or screaming for no apparent reason in the middle of the night. So blogging time has been scarce. I'm working on the profiles and should have them up and linked in the next few days if anyone cares.
Posted by The Sojourner at 8:53 PM 4 comments: 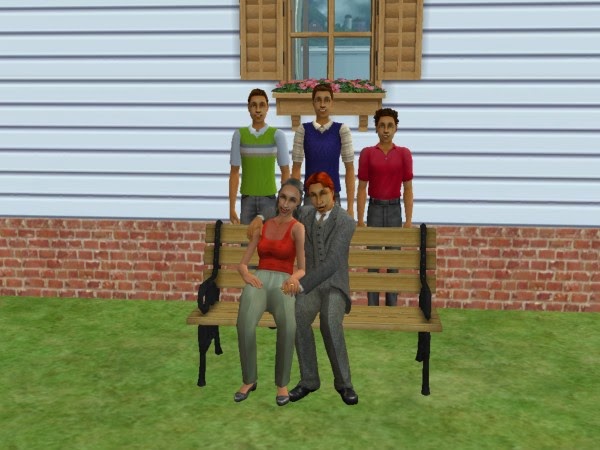 
"Mine"
narrated by Thomas Dai 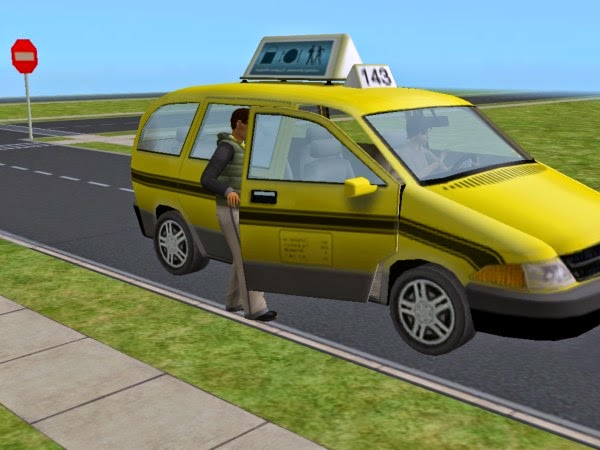 Well, Todd went to college a while back. 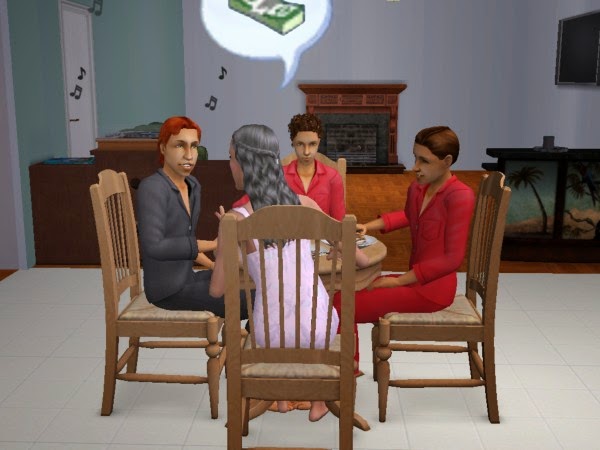 So now it's just Edith and me and the two younger boys at home. 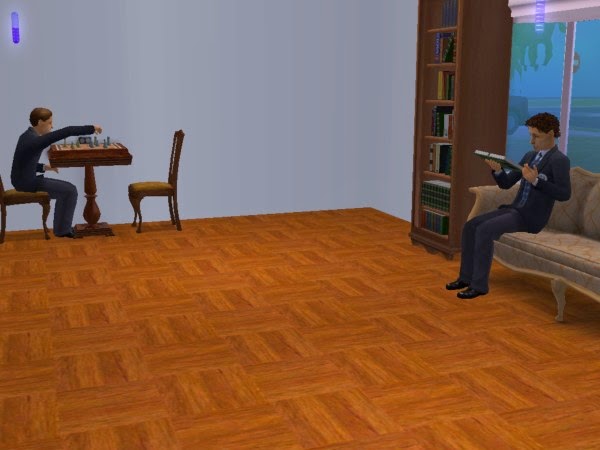 And sometimes I swear the house is empty, with how quiet it is, and then I find them both sitting in their school uniforms and studying! I sure never did that much studying when I was a teenager. The only real excitement we've had is when some guy tried to steal our car, but even that wasn't a big deal--the alarm went off, a cop showed up, and the wannabe thief got hauled off to jail. 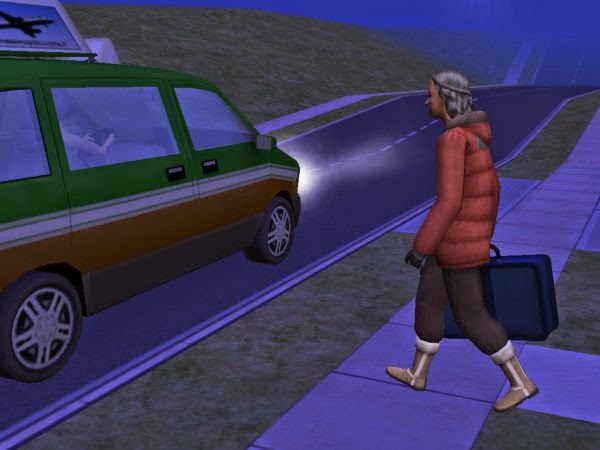 I was reluctant to leave them after that, but Edith really wanted to go on a sort of delayed honeymoon--we never got one when we were first married--so we went. 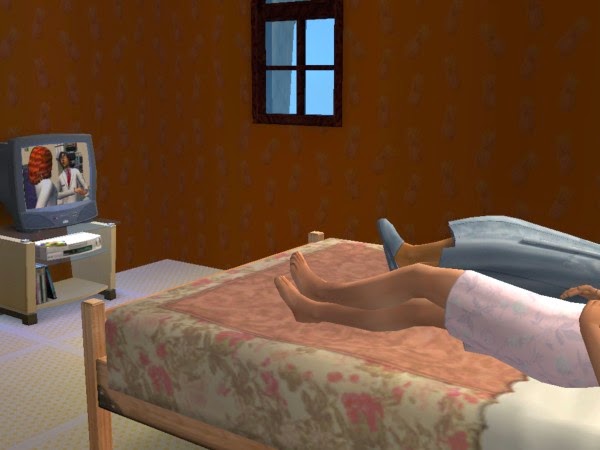 I still think we might as well have stayed home. We spent most of the time watching TV. 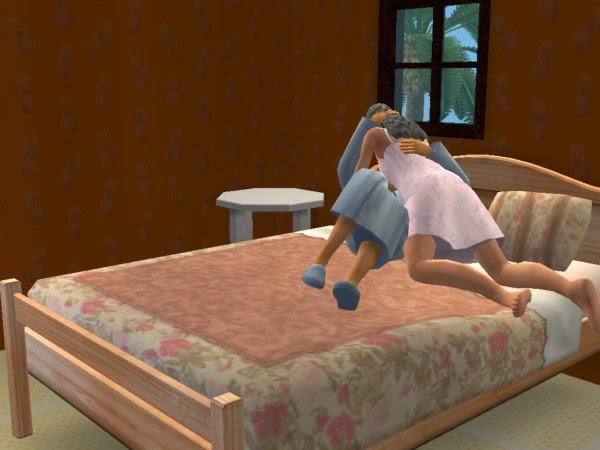 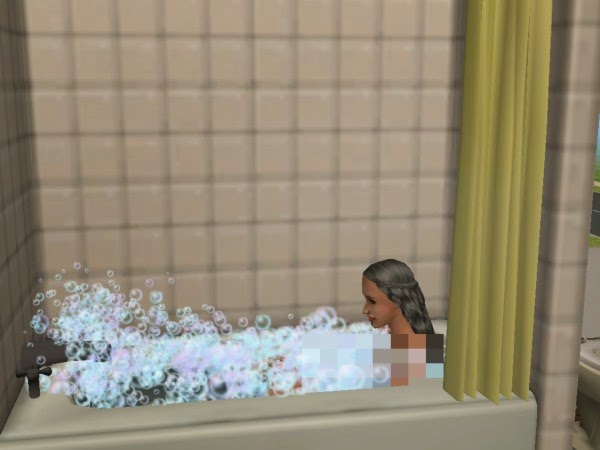 Edith says she had a great time relaxing, though. 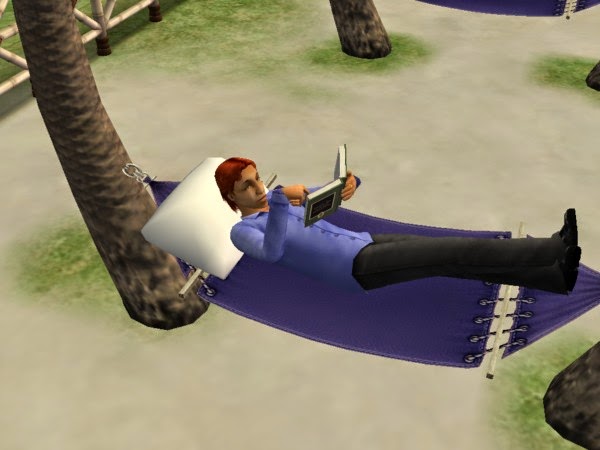 And I can't say I minded having a chance to get caught up on the latest novel. 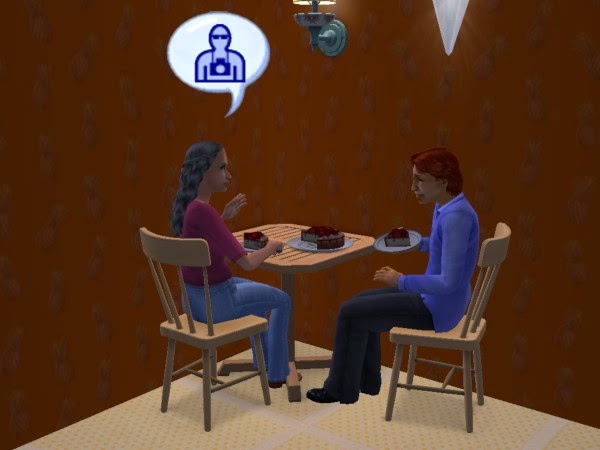 Plus, we got to eat things that weren't our cooking or takeout pizza! We aren't either of us great cooks, so that was definitely nice. 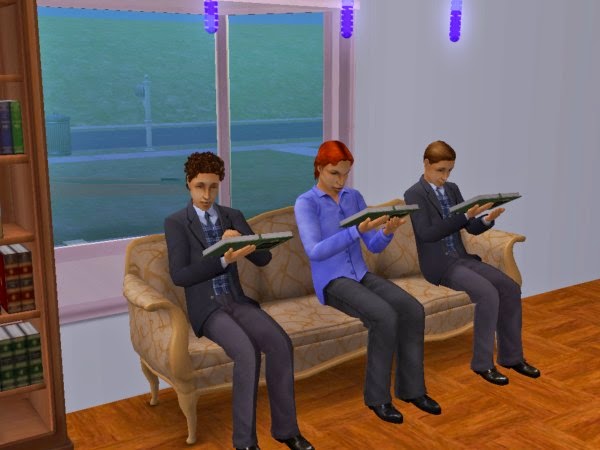 But as much as I enjoyed the time with just Edith, I was glad to come back to our boys at the end.

1. For those of you just tuning in: Thomas is not the biological father of Edith's kids, but the two younger boys were 3 and not-yet-born when their father left and about 6 and 3 when Thomas came along, so he's the only dad they've ever known.

2. My favorite thing about having custom hairs in my game is that I can do different shades of gray for elders. You might have noticed in my last update that Joan and Greg had dark gray hair while Beata (15 years older and a natural blond) had pure white hair. In this update, I feel like Edith's darker hair helps play down the age gap between her and Thomas. He is quite a bit younger, but not so much that she should have white hair while his is still red!
Posted by The Sojourner at 3:50 PM 2 comments: