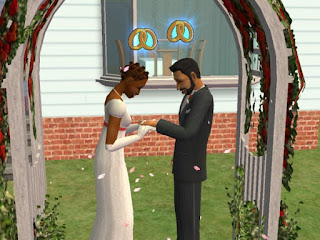 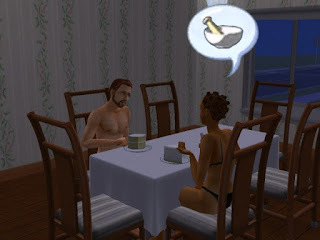 Jaden and I couldn't afford to go on a honeymoon after the wedding. Fortunately sometimes doing the practical thing pays off--I honestly think I enjoyed our first few months as a married couple more because we did have that leisure to just sit around and spend time together, rather than running around from one tourist trap to the next trying to get our money's worth. 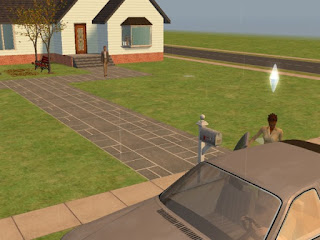 We had hoped to get jobs at museums or the like, but no one was hiring at that time, so in the fall we both started working as adjunct history professors back at our old university. 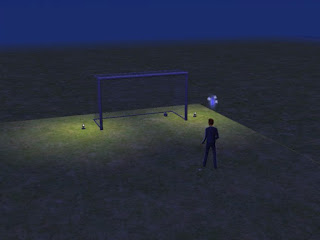 Working together was great, but we found that we also needed to spend some time apart in order to really enjoy the time we had together. Jaden took up soccer and would sometimes practice in our backyard late into the night. 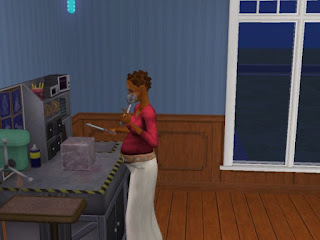 Meanwhile, I stayed inside and studied up on robotics--I've always enjoyed tinkering with things and the robotics field has made some amazing advancements in recent years. 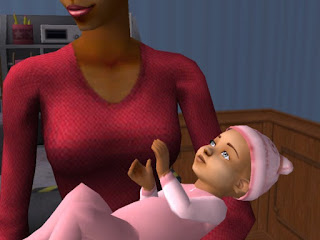 We did spend some time together in the evenings, of course, as evidenced by the fact that we welcomed a daughter, Kristen Alessa, in the summer of 2057. So far she's the spitting image of her father. Since I was adopted myself, I certainly don't mind having relatives who don't look like me, but I was still curious to see if my genetics would be represented at all. Perhaps when she gets older--or perhaps when we have more children down the line. 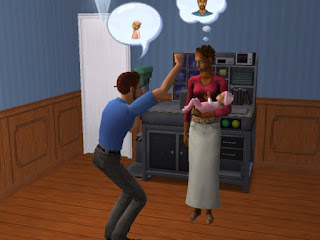 Jaden was absolutely thrilled to become a father. 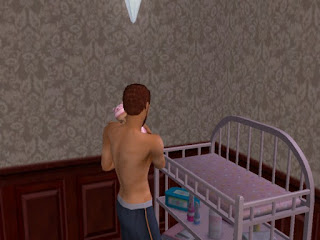 He didn't meet his own father until he was three or four years old, and Ryan still talks regretfully of missing those early days, so I think it makes Jaden all the more determined to invest as much time as possible into his relationship with Kristen. I sometimes feel that I hardly get a chance to hold her! 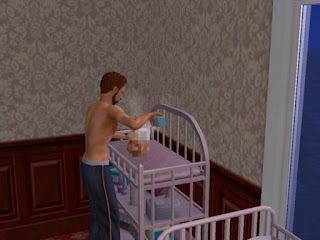 I certainly don't mind this dedication when it comes time for the middle of the night diaper changes, though!

For context, the story of how Jaden was conceived and how he met his father.

Other than that, this update was a pretty standard college grad new household. Get married, get a job, have a baby, see you next round. (Which, at the rate I'm going, will be in three or four real-life years! :o )
Posted by The Sojourner at 8:07 PM 1 comment:

On Monday I played Sims on my own computer for the first time in about a year! I'm hoping to get back in the blogging groove but Real Life Baby #2 is due in 10 days so who knows what my schedule will be like between a newborn and a 3yo who will probably not be happy AT ALL about being deposed.
Posted by The Sojourner at 4:59 PM 2 comments:

Email ThisBlogThis!Share to TwitterShare to FacebookShare to Pinterest
Labels: administrative

A couple of weeks ago my old computer stopped booting altogether, so I finally got a new one! Being 9 years younger than the old one, it was super cheap even though it has WAY more space and fancier stuff on it ("fancier stuff" is a technical term). But we are super busy right now so tech support (my husband) has not had a chance to help me figure out if I can get all my Sims over.

I've been getting my Sims fix by visiting my sister and playing Sims 4, which is actually really fun except NO TODDLERS. (Why???)
Posted by The Sojourner at 3:44 PM 3 comments: