I was really creative with the new lot names this round. My husband was doing something else; he's the one who comes up with good names. 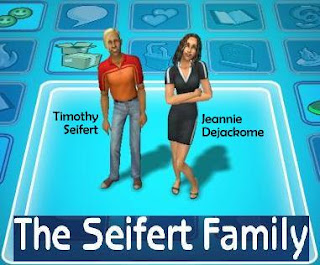 *I am basing Tim's age on the fact that he appeared at the end of this post. Pretend he was on the 15-year plan. (Actually, 15 years to get the equivalent of a doctorate isn't too shabby and I always assume my Sims graduate with doctorates since they can get job as surgeons and stuff. That's why I'm also okay with my playables being gone from the 'hood for 7 "years" when they go to college.) 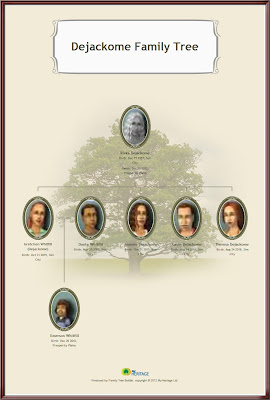 Jeannie is the second (adopted) daughter of founder Rivka Dejackome. And that's all the family tree you're going to get, since Jeannie's fiance, Timothy, is a former townie. 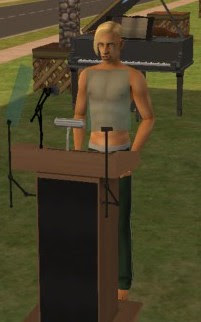 Well, I'm Timothy. I guess you want to hear about my life?

It's pretty boring to start with. I was orphaned at a young age, or abandoned, who knows? Anyway, I grew up in a group home, never got adopted, but managed to get decent scholarships to college. That was the first place I felt like I really fit in. I got into the Secret Society and just kind of...hung out. For a decade or so. I was working on my doctorate, so that's something, right?

Then I started hanging out with the kids in ZZE. I went to a toga party or two back when the Riedmayer twins were running the joint, but I really got close to the Whitfill boys. So when they asked me if I'd join I accepted, and when they asked me to stick around and look after their little sisters I accepted again. Jeannie wasn't anybody's little sister, but she was constantly hanging out with Rishell and Veronica, so I got to know her pretty well. And that was when my life really started, I think. We started dating, got engaged when she was about halfway done, and then we finally both graduated. 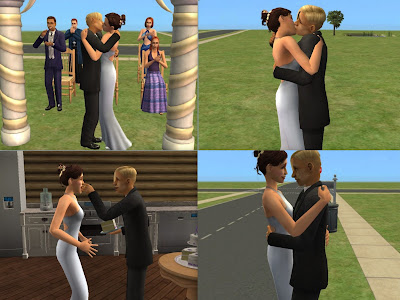 Needless to say, after stagnating for all those years I was ready to settle down. Jeannie's a few years younger than I am, but she didn't mind the idea of marriage either. So we got married just a few weeks after graduation. It was a pretty small wedding; just her family attended.


Side note: I liked Jeannie with an updo so much that I left it like that after the wedding. I need to take a close-up portrait sometime; she's quite pretty. 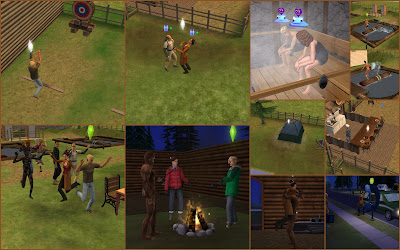 Then we went on our honeymoon. We didn't have a lot of cash after getting some land and a little cabin, so we went camping in Three Lakes.

While we were there, we met BJ. He's a Sasquatch. That's the preferred term, though most people call them Bigfoots. Bigfeet? Whatever. Anyway, Sasquatches are people just like everybody else. Hairy people, but why should hairiness matter? He was forced to live in a shack act as a tourist attraction at Three Lakes because there's this law that says Sasquatches can't live in real houses or hold real jobs or anything like that unless they have a host family, and not a lot of people want to be host families for a Sasquatch, because there's so much prejudice. 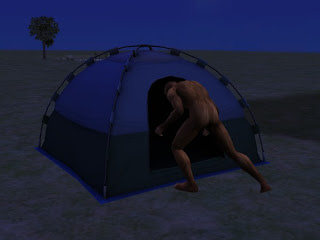 So we invited BJ to live with us. At first he had to sleep in a tent in the yard. We felt really bad about that; it seemed like he wasn't really moving up in the world. We did let him use our kitchen and bathroom facilities, though. 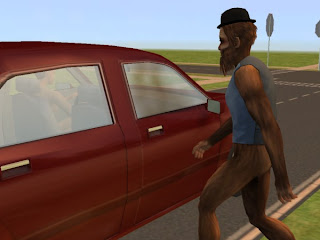 BJ got a job in politics; he's hoping that he can work to end Sasquatch oppression. 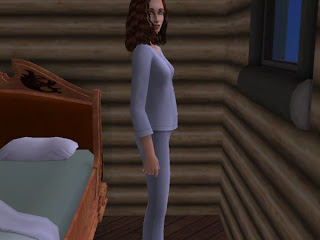 We were still saving up to build on so BJ would have a room when Jeannie found out she was pregnant. We were a little worried about money, but it turns out that we needn't have been. Our fortunes really turned around right after that. 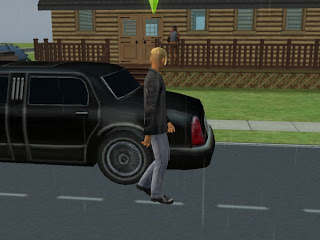 First BJ and I got a lot of promotions at work and managed to rake in some serious cash.

Jeannie worked in the Music track for a while but then got fired due to a chance card, but that was okay because she managed to get into Intelligence finally after that. 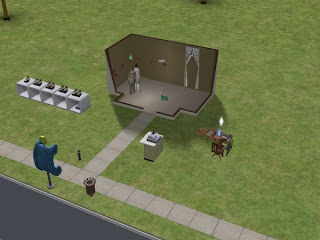 Then BJ bought a little shop and started selling things he made with his sewing machine.

BJ's LTW is "Own 5 Top Level Businesses," which seems odd for a Knowledge Sim, but okay. 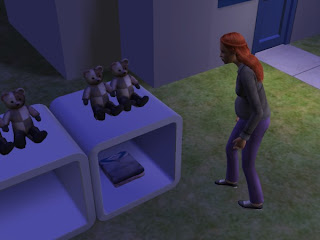 Gretchen ended up buying both of these bears...I'm assuming she intended one for Emmy and one for the new baby. 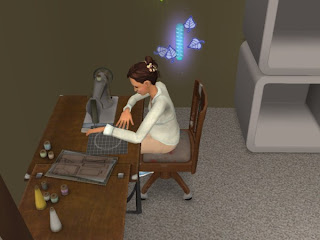 Jeannie helped out with the sewing while she was on maternity leave. 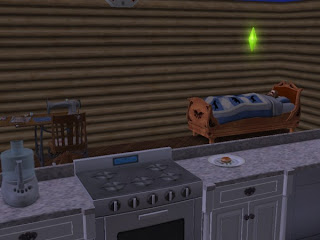 With all that money, we were finally able to build BJ his own room. 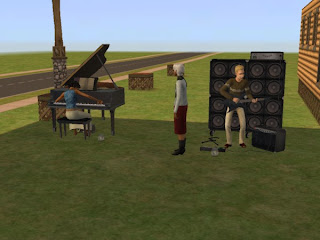 Then we made a covered area where people could come and play musical instruments and hang out. It seemed like a strange idea when we came up with it but people seem to love it. 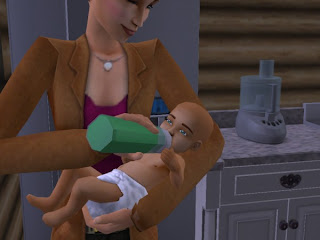 Our daughter, Caitlin Marie Seifert, was born on March 4, 2043. She has a darker complexion like me but she has her mother's brown hair and green eyes. I think she's beautiful, but I might be a little biased. 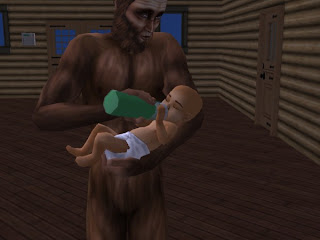 BJ really took to Caitlin. Jeannie and I made sure to tell him he didn't have to feel obligated to help out, but he insisted on being involved in her care and we let him. Sasquatches can't legally marry, so maybe BJ felt like Caitlin was his only chance at experiencing anything like fatherhood. 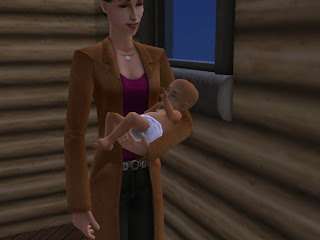 We didn't have to wait too long to experience having a newborn in the house again, though. Patrick Antoine Seifert was born on March 30, 2046.


Patrick has blue eyes, but otherwise looks a lot like his sister. 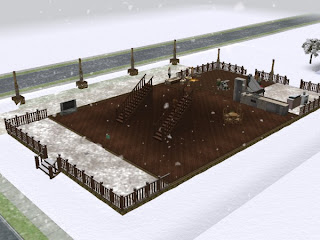 The "cabin" at the end of the week. The downstairs is pretty bare; I think most of the money went to all those musical instruments on the back porch. 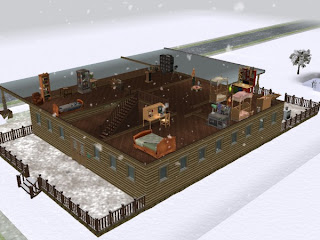 The upstairs: BJ's room, a study room, Tim and Jeannie's room, and the nursery. 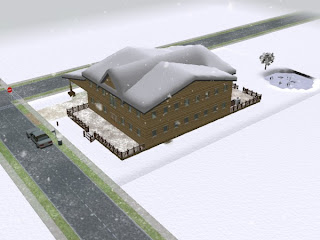 The outside from the front. 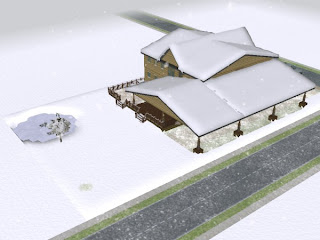 The outside from the back. I worked really hard getting that roof just right, so I'm kind of proud of it.

This was a pretty boring week. Tim, Jeannie, and BJ are all Knowledge aspiration, so they were pretty happy to just get skill points all week. And the glut of skill points meant a glut of promotions, so now the Dejackome-Seifert-Bigfoot family is sitting pretty financially, despite being one of the newer households.